How can I find, modify, and delete scheduled tweets on Twitter?

This is a problem most people do not have, because they know where it can be found. But, for someone who still haven’t discovered how and where you can make changes to scheduled tweets, this can feel like a nightmare.

How to edit scheduled tweets?

To be honest, this is an incredibly stupid thing because Twitter has just made it way more complicated than needed. As a result, there is still NO SUPPORT for this function in the Twitter application for Android and iOS. You read it correctly, you cannot edit or delete a scheduled tweet if all you have is a Twitter application for Android or iOS systems.

But, you should still be able to fix it. The solution is to visit the Twitter website in your browser (on your operating system or on your mobile) and then log in with your credentials.

When you click the calendar image, you will get the chance to schedule your tweet. But, you will also find the option that will allow you to see all your scheduled tweets and then make changes to those.

That is how it can be done. The unfortunate thing is that there is no such function at all in the Twitter applications for Android and iOS systems. There is one thing you can do if it is important to you, and that is to use third party applications like Hootsuite or Buffer. These will let you schedule tweets and you will be able to modify them easily until they are published. But the Twitter application itself does not support such an option of changing or deleting a scheduled tweet at the moment.

We hope these instructions will help you. If you have further insight, comments, or maybe a question, use the comment field below.

How to find out which tweets bring visitors to your website? 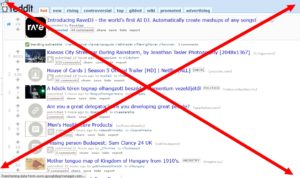