Are you ready for the Olympics?

Yesterday six football matches were played in the football tournament for women during the Summer Olympics. The big favorites USA won 2-0 against New Zealand, while France impressed greatly as they won 4-0 against Colombia. Unfortunately most people did not follow those matches, but as Neymar will march unto the grass today to play for Brazil against South Africa, the world will follow. There are few footballers in the world as popular as Neymar, and the fact that he is one of the big profiles of FC Barcelona when he isn’t playing for Brazil doesn’t exactly make his popularity smaller.

Brazil did disappoint during Copa America earlier this year, but now they have a chance to get some revenge. It will all start for them today against South Africa. If you want to watch the match online, then you can follow these or these instructions.

[stbpro id=”info”]At the picture you can see a screenshot from yesterday’s match between Germany and Zimbabwe which ended 6-1 (victory for Germany). We watched it online on ZDF in Germany, a place where you can watch all the Summer Olympics action online without paying for it![/stbpro]

Are you ready for some late nights?

If you live in Europe you will probably suffer during the Summer Olympics. The suffering is from the fact that you really want to watch the event, but most finals will be arranged late in the night. As a consequence the people of Europe will get less sleep in the coming weeks, but with great competitions worth watching in the TV, who cares?

We are well prepared for the Summer Olympics, and we have even written a guide telling you how to watch the opening ceremony tomorrow online.

What do you look forward to the most during the Summer Olympics?

How can I watch the Summer Olympics on Dutch television outside the Netherlands? 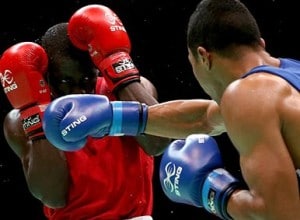 How can I watch the Summer Olympics online on RTVE outside Spain?

How to watch Summer Olympics 2021 online?