ipaddressguide.org > Blog > Streaming news > You can now stream The Blacklist: Redemption on Hulu

One of our most popular articles here in the IP Address Guide at the moment, is the article about how you can watch The Blacklist: Season 4 on Netflix. It was to our great surprise that we discovered that several Netflix regions actually give you access to the newest episodes only a few days after the have been aired in the United States, and for that reason we wrote that article. And no, you can not watch The Blacklist season 4 on Hulu. 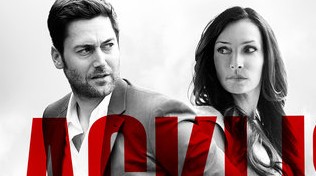 If you are located overseas and want to stream The Blacklist Redemption online on Hulu, but you are unable to, then follow our instructions on how to stream Hulu overseas, and you will be good to go and ready to watch in a few minutes from now.

When will The Blacklist: Redemption come to Netflix?

That is of course a brilliant questions, and we might even update this article when this actually happen. It is quite impossible to predict, but if everything turns out as usual, then our guess is sometime during the summer of 2017.

Have you seen The Blacklist: Redemption already? How did you like it? Was it just as good as the original, was it better, or was it just one new example of a terrible spin-off? Write your thoughts in the comment field beneath!