ipaddressguide.org > Blog > Football and sports > More football coming up during the Summer Olympics

Maybe you thought it was all over with the end of Copa America and Euro 2016, but it ain’t. More football is coming up during the Summer Olympics as the best under 23 teams of the world compete for glory. 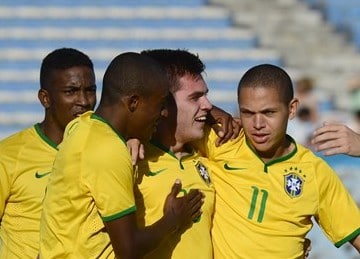 To watch the under 23 tournament ain’t like watching a World Cup or tournaments like Copa America and Euro 2016. For this tournament only players under 23 years of age can compete (with a few exception). Due to this rule most big stars of the world stay at home and that is why we wan’t see players like Messi, Thomas Mueller, Zlatan and more in this tournament. But, there will be some mega stars and the biggest of them all is probably Neymar who will play for Brazil.

And yes, Brazil is in desperate need of a victory, especially after being beaten out of Copa America already during the group stage. This is their chance to get a revenge, and they will be playing in their own country. But, can they stop Colombia, Argentina, Germany, Sweden, Denmark and other interesting nations? And we almost forgot about Nigeria, a nation always performing good in tournaments for younger players.

Football schedule during the Summer Olympics

Some of the venues used during the World Cup in 2014 will be used during the Summer Olympics as well, but for Brazil’s sake we hope they will do even better than in 2014 when they suffered a terrible loss against Germany in the semi-final of the tournament.

For more information on how you can watch important events online, click the link.