When season 4 of Prison Break ended quite a lot of years ago, most people thought that would mean the end of the TV series. That is why few people expected Prison Break to return to our screens, but we were all wrong. Back in January 2015 Dominic Purcell and Wentworth Miller (the Burrows brothers) said that they were open to continue in their roles, and in June 2015 Fox reported that they wanted to start the production of a new season of the popular TV series. The final order to create a new season of the TV series was made by Fox in January 2016, and one year and three months later, it premiered on Fox. 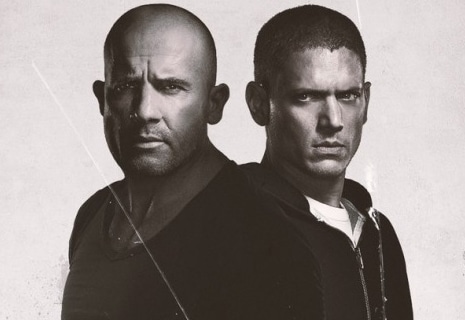 The new season of Prison break brings back lots of our hated and beloved characters, and most importantly the Burrows brothers return. However, they are not alone, because Dr. Sara Tancredi returns as well, together with Paul Kellerman, C-Note, T-Bag, Fernando Sucre and even some more characters.

If you are in the mood for streaming the fifth season of Prison Break online, then there are a couple of ways to do that. The most convenient way to watch it online, is by streaming the episodes on Hulu. It isn’t free to stream them on Hulu, but if you have a subscription, then it can easily be done. If you even have a commercial free subscription, then you can watch the full episodes on Hulu, without interruptions at all.

To find out more about Hulu, and how you can stream Hulu overseas, just press the link.

The Fox website is another website where you can watch the new episodes of Prison Break season 5 online. It is completely free, but you will be interrupted by commercials frequently, meaning that an episode lasting for 43 minutes will probably take you at least 60 minutes to watch. If you are located outside the United States, this method will not work, unless you follow the instructions in this article.

If you are willing to pay per episode, then you can decide to stream Prison Break season 5 on Amazon.com. The price per episode is probably 2 USD, meaning that it will cost you around 18 USD to stream the full season. This requires you to reside in the United States, but if you are abroad, then these instructions will tell you how to stream Amazon Instant Videos abroad.

That sounds great, doesn’t it? We would love to have Prison Break season 5 on Netflix, but so far, that is just a dream. When will it be made available on Netflix? That is a question impossible to answer. But, when it once will arrive, we have no clue in which Netflix regions it will be made available. But, if you have any insight on the subject, or know about the existence of Prison Break season 5 on Netflix (in the future), please write a comment beneath to let us know.

Our thoughts on Prison Break season 5

We have just streamed the first two episodes of Prison Break season 5. It took us more than three weeks to watch the first episode, which means that we were not very eager to stream this new season. Our expectations were at the minimum, and that is why we were very surprised to discover that we really enjoyed the first episode, and thus could not wait to stream the second episode as well a few hours later. The story seems to be very intricate with many characters and many mysteries, and we just cannot wait to find out how this will develop and end.

There is however, one thing we really do hope, and that is that the story will end as the ninth season has been broadcasted. They can leave some threads open (like in 24: Legacy), but we do hope that the main story will be ended and that most threads will be summed up and solved.

Is there a Prison Break season 6 somewhere in the future?

There has been a lot of speculation on whether or not a sixth season of Prison Break can be expected. Wentworth Miller has said that he is open for such a project, if there is a story to tell. One character many people will miss on Prison Break: Revial (season 5), is Alexander Mahone (Willian Fichtner). The producer of Prison break season 5, Paul Scheuring, said he did not know where to get Mahone into the story of season 5, but maybe he could return in some future season.

We can therefore not really know for sure whether there will be a season 6 of Prison Break. If Fox consider season 5 of Prison Break to be a success, then there are good chances for a new season to be made. Time will show, and the amount of visitors streaming season 5 will help Fox decide in the question.

Many people have discussed whether Fox should let 24: Legacy return for a second season. The answer from the creators lets us know that a new season depends on the amount of viewers purely.

“We’re going to see. I would love nothing more than to bring it back because I thought it was great but we’re just going to have to see how our pilots come in, how it continues to perform and weigh all of the information we have in May.”

The same is true for Prison Break, meaning that the amount of viewers will either make or break the sixth season of the TV series.

What do you think? Should Fox create a season 6 of Prison Break, or should they end everything in season 5?