ipaddressguide.org > Blog > News > Can I used WhatsApp in Brazil? 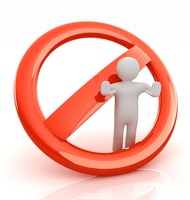 Have you heard the rumors that WhatsApp is blocked in Brazil? Are you wondering whether or not you can use WhatsApp in Brazil? This is the current status!

In the last two years Brazil has banned the usage of WhatsApp several times. In July 2016 they again banned the service, but it was quite quickly restored back to order and since July 19th the people of Brazil has been able to use WhatsApp again. But, what caused this trouble?

It has been said that Facebook did not share important information with the government of Brazil. As a revenge they also complained about WhatsApp not sharing chat information with the government. This is what also lead to the latest ban on the usage of WhatsApp in Brazil.  But, it was only a couple of months ago that all WhatsApp users were notified that all communication is encrypted. The encryption in WhatsApp simply means that they do not store any logs of communication. The message you send to your friend is encrypted, and only the recipient can read that given message.

That is also what WhatsApp claimed as they responed to the WhatsApp ban in Brazil. It is hard for them to surrender information from chats that they do not even have themselves. And as a result the block was raised on July 19th and you can currently freely use WhatsApp in Brazil.

Can I currently use WhatsApp in Brazil?

Didn’t want to read the entire article? Looking for a quick answer!

This might be good to know also before the start of the Summer Olympics in five days from now in Rio. If you are coming to watch your favorite events you can still communicate with your beloved ones at home using WhatsApp!