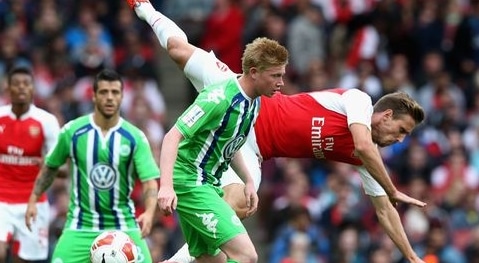 The upcoming Premier League season is exactly 11 days away from us, and with all the teams out doing friendly matches and competing in the International Champions Cup, there are a lot of signs telling us that a great season lies ahead of us. But, who will win the Premier League 2015-16?

Last year before the season start lots of people expected Chelsea to win the Premier League, and they ended up being right. Before the 2015-16 season there are not one favorite in the same way Chelsea was the favorites last year, but still, there are of course teams which we can expect to play well and win lots of matches this year, and those teams are:

We are not really sure about Liverpool, because they tend to be a really unstable team, and with the loss of their star forward Raheem Sterling we do not think Liverpool will be strong enough to fight about the top 3 spots, but in a lucky year, they might. However, Arsenal, Chelsea, Manchester City and Manchester United are four very strong teams, and they could all end up winning the Premier League in the coming season.

However, Manchester United is also hard to count on, and we do not believe they will be stable enough to win matches all the time, so Manchester City, Chelsea and Arsenal will probably have bigger chances of winning the Premier League than Manchester United.

That is why we believe the top three teams will be Chelsea, Manchester City and Arsenal, and of these we do not really have a clue who will win, but if we are to make a guess for our top five placements in the Premier League 2015-16, it would look like this.

The teams are ordered by the way we think the Premier League will end as the season ends in the middle of May 2016.

This is not a very entertaining list, but this is our guess. Do you have a guess as well? Write a comment and share your thoughts!

For more info on the Premier League, we recommend the following site containing schedules, standings, information about different teams and more.